Complaint Letter to Police: A police station is a place that is entitled to maintain the law and order for the particular prevailing region among the people of the region. If anything unlawful happens in that particular region, then it becomes the duty and the responsibility of the police officers of the police station to take the required action against it.

How to Write a Complaint Letter to Police Department

Writing the complaint to the police department may be a confusing and struggling task to the people who are writing it for the very first time. We understand this scenario very well. Thus we are providing you a sample of this complaint. We urge you to have a look of the format of the letter and the set of words as well.

It will provide you with a basic understanding of writing the letter so that you can easily start your own letter for whatever you want to complain about in the letter. Try to use the simple and the formal format which can convey the complaining matter in a clear manner. 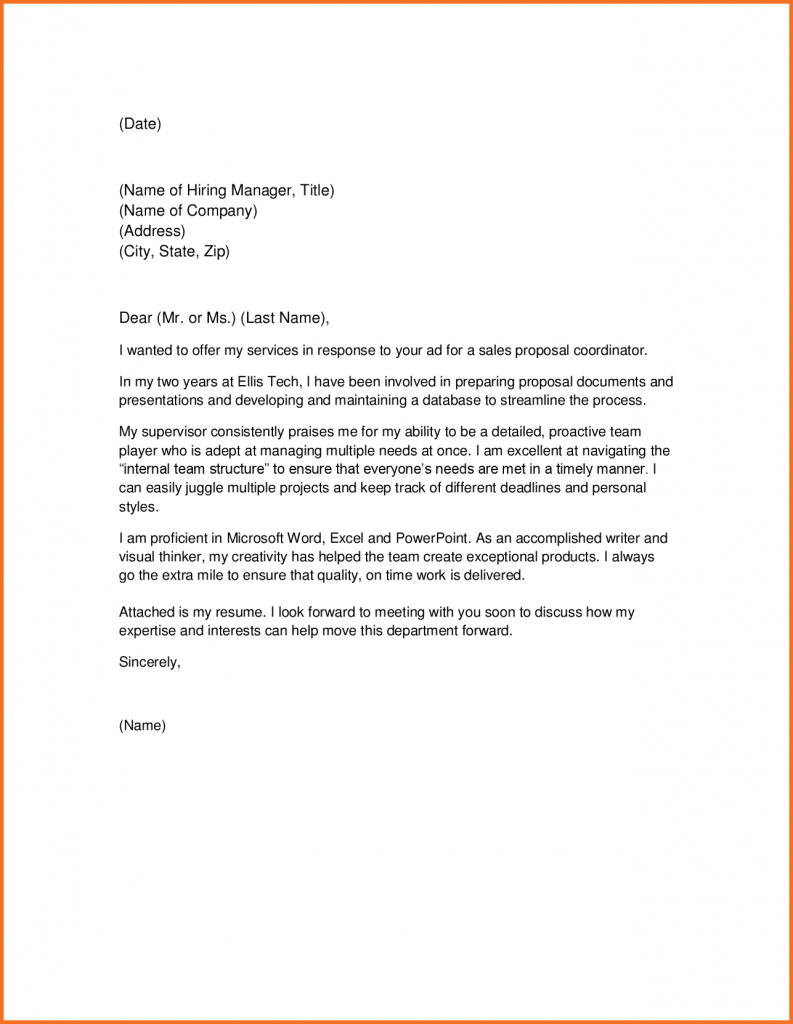 This is why we all write the complaint letter to the police station addressing our various legal concerns so that the concerns can be settled by the authority. The police officers who operate the police officers have the legal power to listen to any criminal concern, or any other such concern which is illegal or the unlawful in the eyes of law.

Sample of Complaint Letter to Police with Examples

1. Complaint Letter to Police for Theft

Theft is an illegal act and thus is strongly punishable and being the illegal act it is looked after the police of the region. If a certain kind of theft has taken place or has been conducted at your place, then you need to report this incident to the police as soon as possible so the required action can be taken. 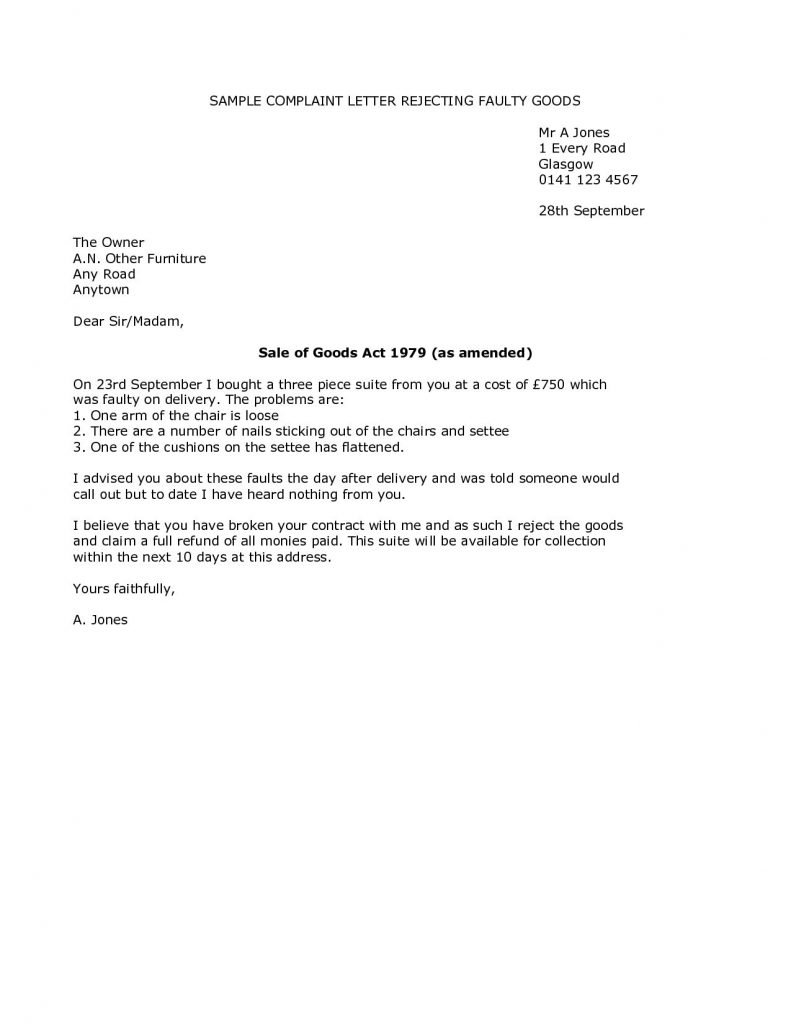 We have already discussed that it is important to write a complaint to the police in order to enable the police officers to take any action in this regard. Here you would be needing a proper format in this regard in which you can write this complaint. 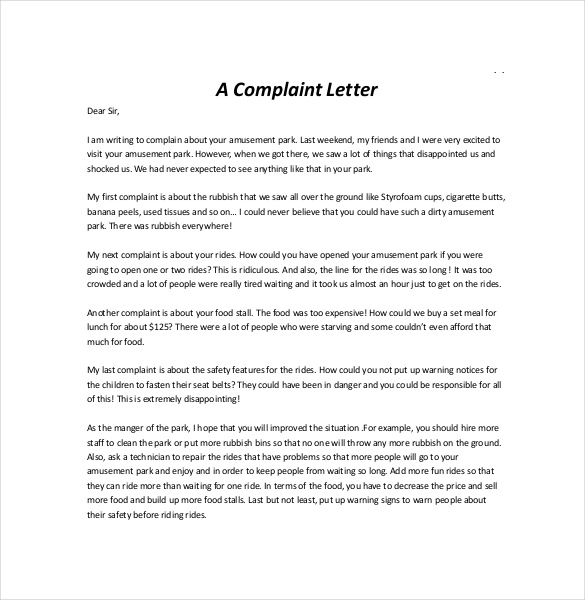 3. How to Write a harassment complaint letter to Police Commissioner

Harassment is a very heinous act that may cause very severe mental torture to the other person. Thus we all need to report this activity to the authorities. So that the required action can be taken against it.

If you face or witness an act of harassment with you or with any other person then it becomes your social responsibility to make the complaint to the police station as soon as possible against this act. If you are struggling to have the proper set of words in this regard. Then here we are attaching the sample letter which will guide in writing this complaint. 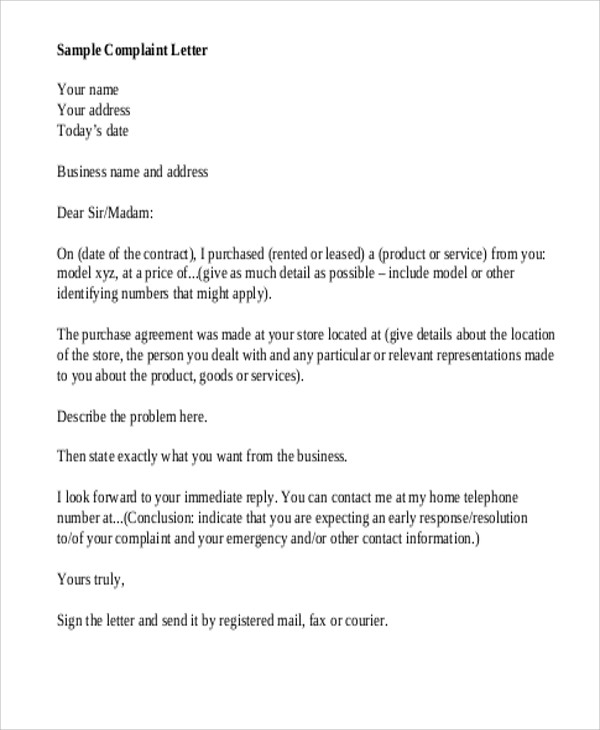 Theft is a theft no matter whatever kind of theft it may be and it needs to be reported to the police department authority’s in order to get the required action for it. A mobile loss may be either theft or a person might lose their mobile by ways such as when the person forgets his/her mobile at a particular place.

Both of these incidents can be reported so that the police can conduct the search operations and the mobile can be found within the due time. Here below is the template which you can use to lodge the complaint about the mobile loss or the mobile theft as the case may be. 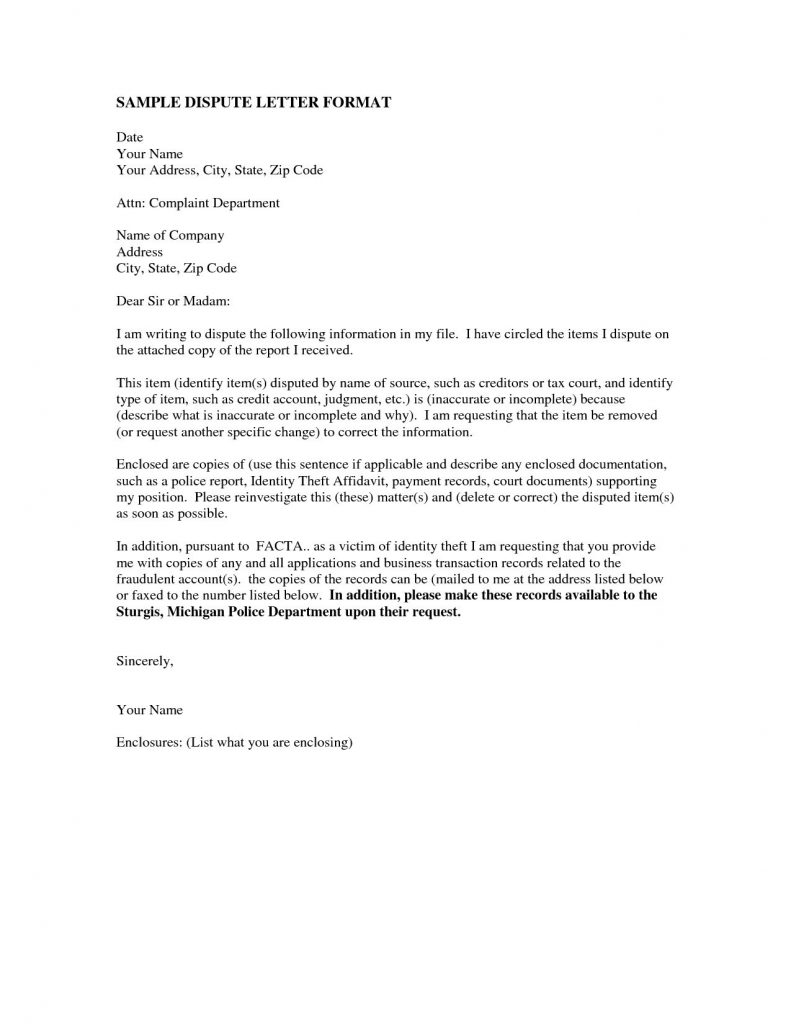 RC stands for the registration copy and it is the very significant document in the context of any vehicle’s registration. This document proves the ownership of the vehicle in a legal manner, and thus if the RC is lost then it may cause some serious issues to the owner of the vehicle. This is why keeping the RC in the safe hands must be the first priority of the owner.

Well, if you have lost the RC due to whatever reason then the next very important step is to lodge the complaint of it with the police department so that the legal action can be taken for it. You can see the sample of the RC lost complaint in this section which will help you in writing this letter easily. 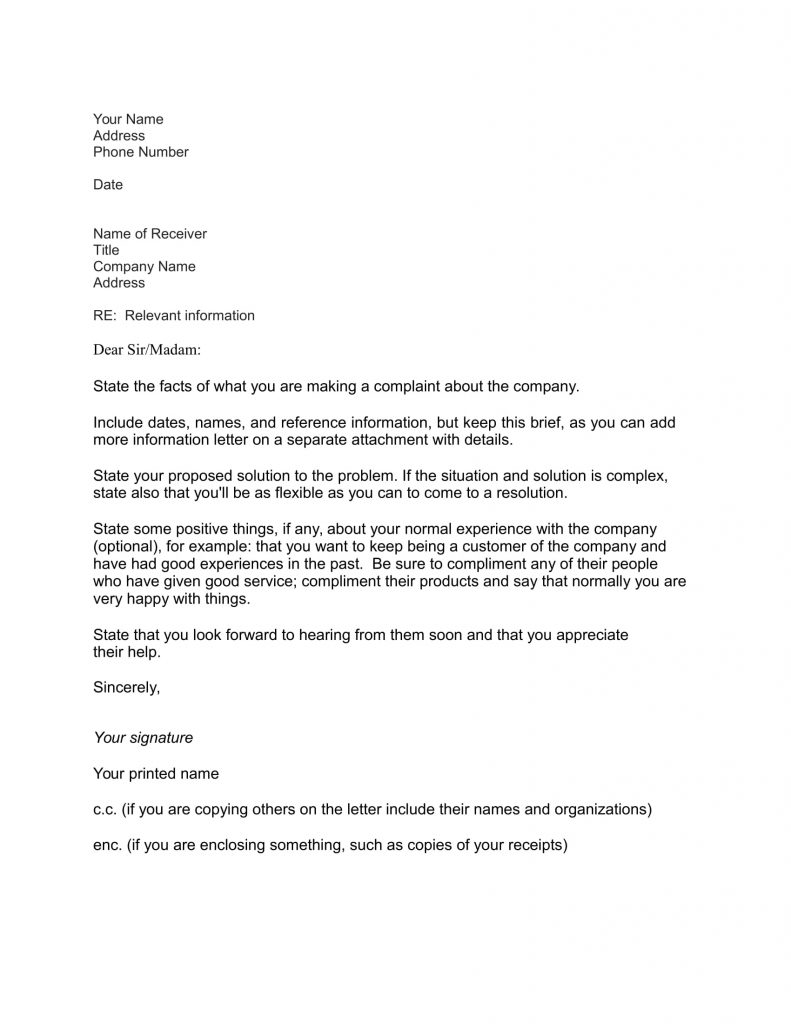 A passport is a significant document that is mandatory for any person who wants to travel from one country to the other. This document proves the nationality of the person which is very much relevant when the person is outside his/her own country.

If the person loses out passport then it may bring some serious suffering to the person and the person must immediately lodge a complaint to the police station for it. If you are looking for the appropriate template for this purpose then you can get it from here. 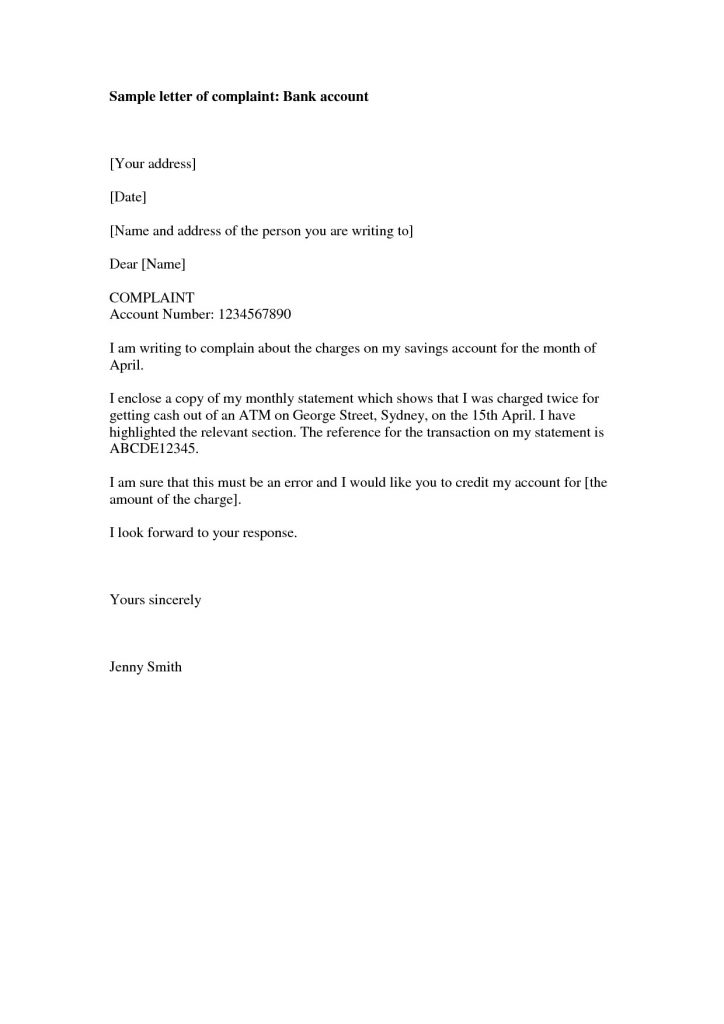 A police inspector is a person who is in charge to maintain the law and order within a particular region. If any unlawful or illegal activities take place in that region then it should be reported to the police station, so that the police inspector can take due action for it.

If you are confused about how you should be addressing any issue to the police inspector then the below-mentioned sample letter will assist you in this regard. 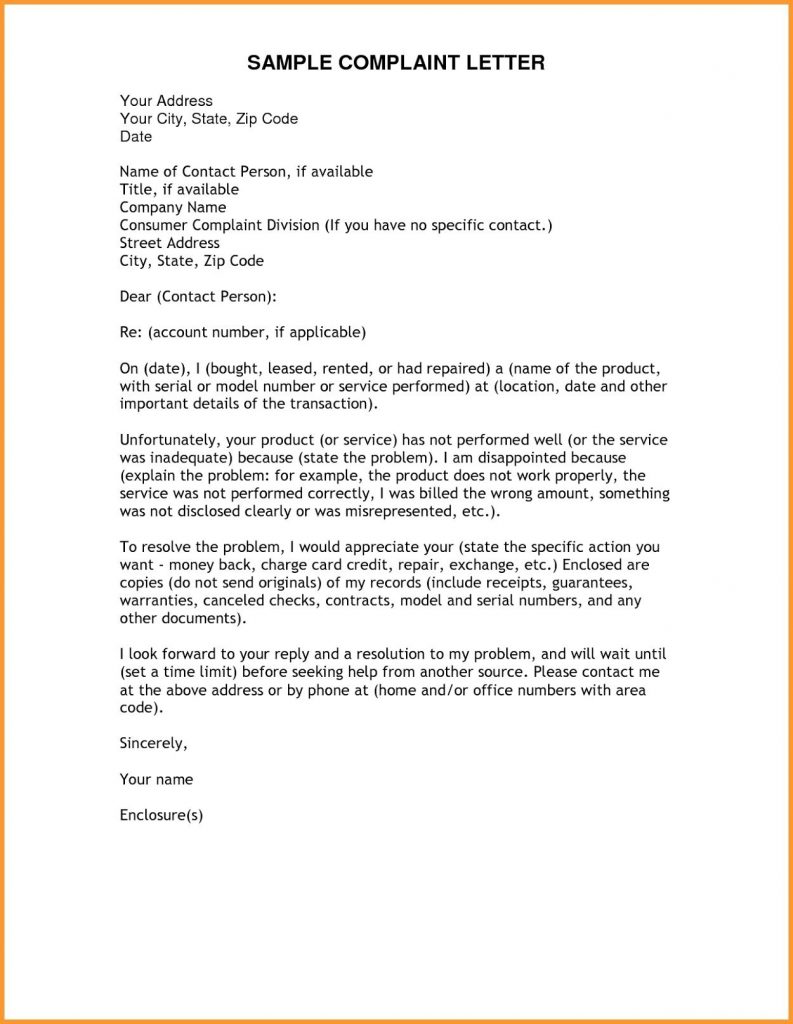 8. Complaint Letter to Police for Threatening

A threat is an incident when a person threatens the other for life or causing any kind of material damages to the other person. This is purely an illegal nature of the incident and thus is punishable in the eyes of law, but the incident must be reported to the police station so that further action can be taken against it.

9. Complaint Letter to the Police Station About the Theft

No matter wherever you are living there is a police department which covers your residential region and if you receive any kind of threatening from any person, then you can report it to the other police station. Here you can have a look of the sample template which can be used in this regard by you. 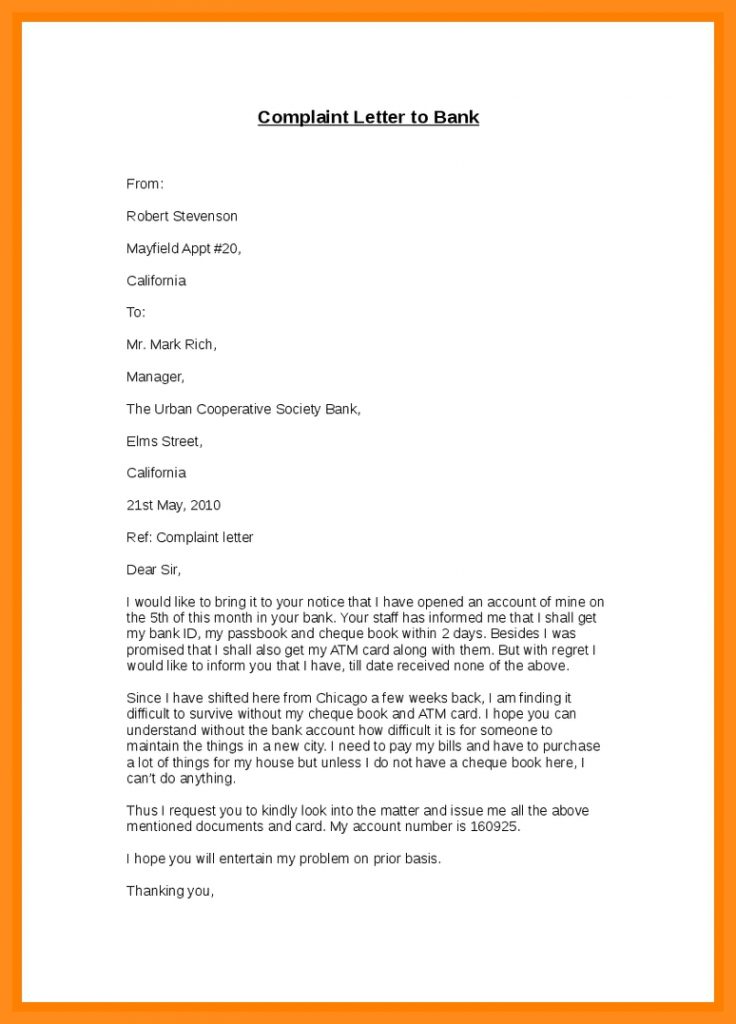